I have some very good news for those of you who are always getting lost when trying to find those elusive Guild Bounties. If you ever ran around a map while constantly alt-tabbing out to Dulfy and tried to follow a Guild Bounty route from a jpeg and got turn around all the time, this one is for you.

The guys from the Oopsy guild, most notably Lulleh went a lap with each of the bounties and marked their route for TacO, a process which generated hundreds of markers across several maps.

Obviously, displaying these markers all at once would be a huge mess, so I also created a new feature for the overlay: Marker Tracks. Now markers can also be grouped into trails that you can follow. If you waypoint to a map that has such a trail, TacO will find the closest marker on the track and show that to you. When you get near the marker, it disappears, and the next one on the trail shows up, and so on. If you waypoint again, TacO finds the nearest marker again.

All the data that the Oopsy guild collected has been arranged into such trails.

With this, guilds should have a much easier time tracking down their targets. You can spread out on the map as you've done before, but instead of the alt-tabbing misery, you'll instantly know which way to run to follow the route. All of the routes go against the direction the target is running, of course.


You can grab the new build here.

Well, the last couple days have been busy. Especially for Lulleh.6714 and Ainillia.5794 from the Oopsy guild, with some additional help from the returning Elycian. These guys went around Super Adventure Box worlds 1 and 2 and marked important locations, shops, furniture shops, dig sites, bombable walls, environmental science achievement locations, flute walls, and a complete breadcrumb trail for tribulation mode. All in all more than 24 hours of net work went into this, and it shows. The paths are not optimal or meant for speedruns, but should help anyone who's stuck with some areas of these insane maps. 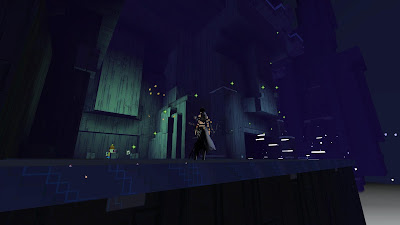 You can grab a new build here.