Allright. Last build for this year.
I added the ability to change the interface size from the Taco menu. For now this affects the menu position/size, the fonts used, and the Map Timer. The four interface size options correspond to the ones in GW2 and position the Taco menu accordingly.

Get the new build here.

Managed to reproduce the previous issue and fix it permanently. Things should be a lot more stable now with the Taco menu.

There have been some reports of a rare crash when clicking on menu items. I've created a hotfix that should help with the problem until I find a permanent solution. You can download it from here.

There's a new build, and now the overlay has a name! :)

I put in some work on the overlay these last couple of days and made the initial functionality easier to use. Here are the release notes.

There are many interesting ideas on how this app could help out with raids (location based timers for one), I'm looking into them.

Should there be any crashes, please report them here by copying the generated crash.log file to the comments.
Posted by BoyC at 17:43 No comments:

Just a little something we found useful during our raiding. These markers (and ones for Sabetha) will be included in the next release. 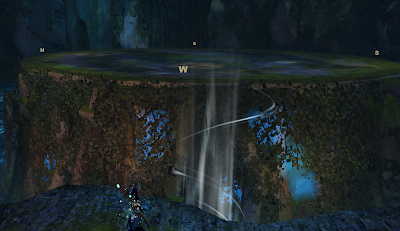 I'm currently working on making the overlay interactive with the mouse. This will allow the possibilities to expand indefinitely. Here are some of the ideas I had for the future of the overlay, depending on demand:

GW2 TacO in the original release had three major features:

The overlay lets you place markers at your character's location in 3D in the game world. You can then see the location of these markers from anywhere on the map. The icons of the markers are customizable (although you need to edit the xml files by hand for now), and they can disappear until the daily reset (the included Orphan map is using this feature). 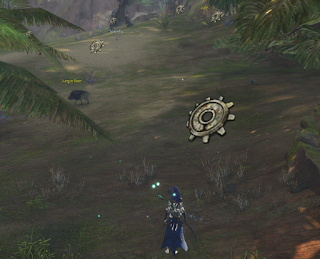 A configurable map timer is included in the first release, by default it is set to display the HoT map rotation. 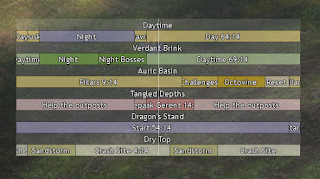 The third feature which I found very useful in raids is the full-screen mouse crosshair. 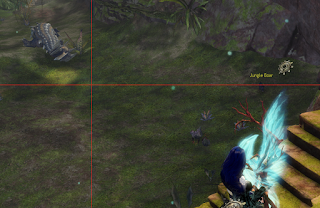 All of these features can be configured and turned on-off.
Posted by BoyC at 01:42 No comments:

So you decided you want to try GW2 TacO, but not sure how to start.
It's easy:


Setting up TacO inside the game:

What is GW2 TacO?

As a long time player of GW2 I was very much looking forward to the HoT release, and the new legendaries in particular. When I started grinding for crystalline ore, I found myself searching for noxious pod maps on the internetz. Needless to say, the new maps being as complex as they are, the 2D maps offered on Dulfy don't really help much, especially with the post-boss time limit of Dragon's Stand.

So I started looking for a better solution, had a quick glance at Overwolf and some applications there, but they were slow, didn't do anything I was looking for or they didn't work at all and crashed on startup, mostly bringing down the Overwolf framework as well. Being an ex-game developer myself, I found this unacceptable, and looked into creating an overlay of my own. I'll spare you the details but it was not too much of a challenge, and after a couple days of work I could place 3D markers in the world, visible from anywhere on the map, as a sort of tactical display.

I've since expanded the functionality to include a configurable map-timer (set to show the HoT map rotation by default), and a fullscreen crosshair for the cursor, a very handy feature for raids.
I've been using this little tool with a couple friends of mine for a bit over a month now, and found it a most useful addition to the game. With the recent release of wintersday and the DR orphan locations presenting a very similar situation to what originally sparked the idea for my overlay, I thought I'd give this gift to the community. I know there are many people out there who will find it useful.

The archive contains my personal datafile, including all the noxious pod spawn locations I came upon, a lot of Crystalline Cache and Airship Cargo locations as well, and for the theme of the season, all the locations of the 30 orphans in DR, that also track which one you've visited today already. There's also a bit more detailed readme that you should read.

The obvious question: is this against the eula? To the best of my knowledge, no. I only use APIs documented on the wiki (most notably the mumble link API), and all the content that is displayed is user generated, not touching the game at all. Using this falls into the same category as using Overwolf, which is endorsed by Arenanet.

So, without further ado, the link: https://www.dropbox.com/s/o2h7q6zx6uq7bex/gw2pois.zip?dl=0

A note: the software requires dx11 to render the interface, so be sure to be on windows 7 or later to use it. Also, the UI is not yet interactive with the mouse. Instructions on placing and removing new markers are in the readme.

To satisfy the more wary: a quick screenshot from Dragon's Stand: 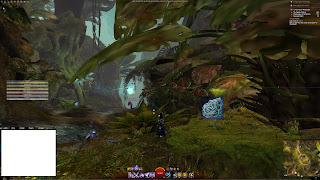 - I only see the overlay, but the background is black, the game doesn't show through, what's wrong?
You're probably using the classic windows theme on windows 7, which disables the transparency features that the overlay uses to render the interface. In this case this might not be the overlay you're looking for :)

- How do I turn off the annoying red crosshair following my cursor around?
Go into the ui.xml file and remove the line that says <MouseHighlight id="mousehighlight"/>, then restart the overlay.

- The map timer is partially off-screen or too large, how can I fix that?
Go into the ui.css file and in the #maptimer block change the bottom:700px; line to something like top:50px; you may also want to change the width and height parameters to something smaller if the timer overlay is taking up too much room on your screen. After you made the edits, restart the overlay.

Allright.
After the first release of the overlay on reddit, I quickly learned a couple things. Just to name a few:


These things made me realize that I need to establish a constant presence separate from my other projects. So I present to you the GW2 TacO (Tactical Overlay) development blog. TADAA \o/ :)

You can find the original reddit thread with the first public build here.
I have uploaded the files from the original release to dropbox, and future releases will be done through here.
Posted by BoyC at 01:15 No comments: