It's been a while, but development hasn't stopped. I recently joined the GW2 API dev chat and some things have already come of it. Namely, a new small but powerful addition to the Mumble API now allows TacO to track the client's interface size setting in real-time. Many people were confused about the separate interface size setting in TacO (or didn't even know about it), and I wanted to refrain from implementing more features that rely on correct positioning of visuals until I had a solution for this.

So now that this has happened, the first of these features is here as well:
If you have an API key added to TacO that has commerce access enabled, from now on the overlay will check every couple minutes if a new sell or buy order of yours has been fulfilled, and will notify you with an additional animated flair around the TP icon's red marker. Clicking the icon (and thereby opening the TP) will make the flair disappear.

The point of this is to fix one of the first features I was missing from GW2 when I started playing it: the fact that if you're out and about in the game but are waiting for stuff to sell, you need to keep opening the TP window to know if something happened since you last checked.

You can also notice that the TacO icon on the menu has changed. The overlay underwent a bit of a facelift, I updated the icon and made it behave more like the rest of the GW2 menu. The fonts have also been changed to use the exact ones the client uses, for each interface size setting. Oh and last, but not least, the text renderer now supports UTF-8 text, so the TS3 overlay should work better now with non-latin characters in names.

This video seriously made my day, I've been watching WP's channel for quite a while now. He just made a video about TacO, and I'm seriously flattered :)

I also noticed a spike in questions and all around activity on the blog. If you're new to TacO and have any technical issues please first consult the FAQ/Common Problems section which will in good likelihood have an answer to your problem.

Also, since I maintain this project alone, as a hobby, please note that I may not be able to get to answer all the questions, and updates may come at a random rate when I have time and inspiration strikes. 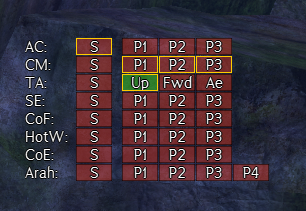 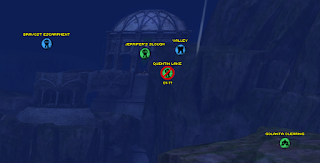 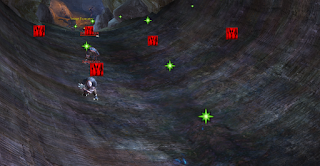 Mentioned by a Dev

Quick note on the legitimacy of TacO. During a heated debate on GW2 addons, TacO came up, and a dev replied, addressing the overlay specifically.

This semi-endorsement shows that the development of the overlay is on the right track. I specifically develop TacO with very strict rules in mind to keep it as EULA compliant as possible. This will not change.
Posted by BoyC at 16:36 No comments:

since Easter (and the weeks before) is traditionally a very busy time for me, and this year it heavily coincided with SAB, I couldn't keep up with all the stuff that has been going on in GW2. That being said, I came home to see that ArenaNet has been tweeting about videos that showcase TacO. I'd like to thank everyone who started creating and sharing their marker packs, helping others along the way.

Tekkit in particular did a bunch of videos on TacO, including a tutorial:

And a series with Tribulation mode routes, that all have links to the marker packs used:

I'm quite sure that many other marker packs have been created in the last couple weeks. I'd like to list them all here, so that in the coming years people have access to all these resources. Let me know if you have something to list.

On updating the TS3 overlay: now that I'm home I'll need a bit of rest, and I'll look into fixing it in a week or two.
Posted by BoyC at 14:21 6 comments:

Quick note: the latest TS3 update broke the display in TacO. This time I'm unable to supply a quick fix as I'm swamped with other projects until after Easter. The issue is known and I'll look into it as soon as I can. Thank you for your patience.
Posted by BoyC at 15:14 6 comments:

The patch yesterday broke TacO due to some minor changes in the Mumble Link data format. This hotfix is meant to address this issue. It also includes a long standing debt of mine, the fix for some crashes that occur when marker packs have markers in them that have spaces in their names.

Important: if you're someone who created their own marker packs or placed markers with categories that contain spaces, those will need to be looked over. The marker format will no longer accept category names to contain any type of space or special character. There is a newly added field for markers and categories called DisplayName that allows you to add a pretty name for the category to be displayed in the TacO menu. See the updated poi files supplied with TacO for reference.

A new marker behavior for winterberry farm type markers has also been added that will track the triggering of markers daily and per character.